Alyssia’s animal shelter needs a boost of cash to expand its center for abused pets. When her older brother’s best friend, Tate, offers her first access to his crowdfunding startup, she has a million reasons to say yes. And only one reason to say no—she’s crushed on Tate forever, and he doesn’t feel the same. As long as she remembers he’s just eye candy, it’ll be fine. She wants happily ever after, not just happy until the morning after.

Tate’s taking the family business to new places, adding a crowdfunding portal for small companies. He just has to ignore the fact the woman using one of his pilot sites isn’t the bratty tag-along she used to be. Alyssia’s grown up, filled out, and has a sexy mind on top of it all. Not that it matters. Tate never hooks up with clients, and he’s certainly not going to pursue his buddy’s sister.

When Alyssia’s shelter suffers from slanderous press, the backlash threatens both their businesses. They find stress relief in each other, and an unforgettable night of no-strings passion. The fallout will destroy families, careers, and lifelong friendships if Tate and Alyssia can’t admit how they really feel.

Two Plus One (Ménage Romance)
Their Nerd
Their Matchmaker

Null Equation (Dystopian Romance)
Over Exposed
Over Stimulated
Over Shared 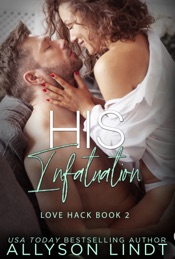