When a yacht crashes into a tanker out in the ocean, it seems to be an unfortunate accident. Yet a gunman is spotted on the yacht just before the crash. What adds to the problem is that the yacht is owned by a US governor out on a holiday with his wife and daughter—and that no bodies were found at the crash site.

Gizella wakes up from the pirate attack on the yacht to find her father injured and her mother in equally bad shape. They are prisoners with no escape in sight. What was supposed to be a trip of joy and hope has ended in devastation. Even worse, an argument is brewing between her kidnappers, with her as the prize.

Baylor manages to whisk her away in the middle of the night, but she’s not out of danger yet. And if he can’t find the kidnappers, maybe never … 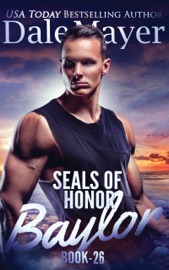