In 1959, the Bolshoi Ballet arrived in New York for its first ever performances in the United States. The tour was part of the Soviet-American cultural exchange, arranged by the governments of the US and USSR as part of their Cold War strategies. This book explores the first tours of the exchange, by the Bolshoi in 1959 and 1962, by American Ballet Theatre in 1960, and by New York City Ballet in 1962. The tours opened up space for genuine appreciation of foreign ballet. American fans lined up overnight to buy tickets to the Bolshoi, and Soviet audiences packed massive theaters to see American companies. Political leaders, including Khrushchev and Kennedy, met with the dancers. The audience reaction, screaming and crying, was overwhelming. But the tours also began a series of deep misunderstandings. American and Soviet audiences did not view ballet in the same way. Each group experienced the other's ballet through the lens of their own aesthetics. Americans loved Soviet dancers but believed that Soviet ballets were old-fashioned and vulgar. Soviet audiences and critics likewise appreciated American technique and innovation but saw American choreography as empty and dry. Drawing on both Russian- and English-language archival sources, this book demonstrates that the separation between Soviet and American ballet lies less in how the ballets look and sound, and more in the ways that Soviet and American viewers were trained to see and hear. It suggests new ways to understand both Cold War cultural diplomacy and twentieth-century ballet. 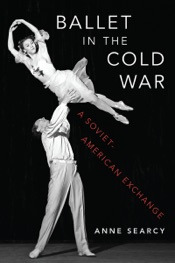